Iggy Azalea Discusses the Emotional Journey That is Plastic Surgery 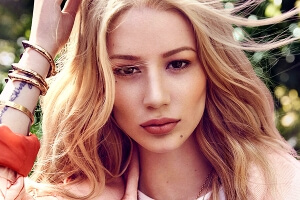 Iggy Azalea is as open as a pop star can be when it comes to the subject of plastic surgery. Rather than lie, which is “weak” according to the Aussie rapper, she spilled all to Seventeen magazine on her recent cosmetic procedures.

Azalea, born Amethyst Amelia Kelly, proves that celebrities don’t feel any differently than anyone else when it comes to body image. On her good days, she knows she’s hot and admits to accepting what surgery simply can’t address. “There are other things I dislike but I’ve learned to accept. It’s important to remember you can’t change everything. You can never be perfect,” admits the star.

Her attempt to model in the states was halted because her measurements weren’t approved of, Azalea says. Only feeding her insecurities, the rapper chose surgery as her answer. Speaking to Seventeen, the “Fancy” rapper promised her fans she has never lied about any plastic surgery. In fact, she considers doing so to be lame.

”Your perception of yourself can change a lot over time, so I think it’s important to wait and make sure it’s the right choice. Plastic surgery is an emotional journey,” she notes. “It’s no easy feat to live with your flaws and accept yourself — and it’s no easy feat to change yourself.”

In Vogue’s video interview, “73 Questions,” Azalea spoke about her first surgery that completely changed the shape of her physique. Tall in stature, having a breast augmentation enhanced Azalea’s long legs and voluptuous behind. And while it was a matter of liking her own reflection, she admits surgery can only do so much.

“There are things that I didn’t like about myself that I changed through surgery,” she says. “There are other things I dislike but I’ve learned to accept.”

The “Black Widow” beauty, who recently became engaged to L.A. Lakers small forward and shooting guard Nick Young, is now literally front and center at the games A-list actors regularly attend, keeping her in the public eye and vulnerable to rumors. However, Azalea takes advantage of social media and tweets her thoughts on the blatant lies being spread about her. “I’m just like huh!? I’ve got multiple nose jobs, chin jobs, facelifts...”

That said, a few haters can’t keep the rapper down, with her complimenting both natural and man-made beauty. “Cosmetic surgery can be great, happy with mine. [W]hat’s wrong is [people] body shaming others. [J]ust live your life!” she Tweeted in June.