I Woke Up Like This: Beyoncé's Nose Job Rumors 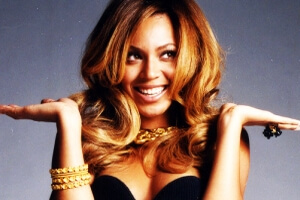 Radar Online is once speculating about Beyoncé’s supposed nose job.

The report on the 33-year-old singer’s rhinoplasty isn’t the first time Beyoncé’s natural beauty has been questioned. In 2013, the Huffington Post claimed the iconic singer showed off her new nose secretly when she performed at the Super Bowl Halftime show.

“There’s no denying that Beyoncé looks quite different from when she started out, and while growing up has something to do with it, it’s rare that the tip of one’s nose takes on the brunt of the changes,” reported the media outlet.

Of course some changes are to be expected when you go from nameless teenage singer to being one of the most well-known superstars in the world. Yes, it was her talent and beauty that brought her to one of the highest levels in music, but was that beauty tweaked in any way?

Consulting Dr. Jeffrey Spiegel, renowned plastic surgeon and professor at Boston University, Hollywood Life seems to strongly believe Beyoncé has definitely had some work done. “It’s extremely likely she’s had a rhinoplasty,” says Spiegel. “I think she has had her nose narrowed and the tip refined. I do this same procedure regularly. She looks gorgeous and the surgeon did an excellent job.”

The tabloid site specifically brings up the dissimilarity in her nose over the last few years, saying that “back then, the shape of her nose seemed wide and the tip more rounded.” After fueling the rumor that one of Hollywood’s hottest ladies went under the knife, Hollywood Life shifts the focus and credits makeup as a possibility for the noticeable change.

“Now it’s possible Bey’s makeup artist is a contouring expert and has created the illusion of a thinner nose with makeup,” says the tabloid. Hollywood Life shared some of tinsel town’s beauty secrets on the contouring procedure, offering their readers a chance to look like the stars.

“Contouring is basically creating shadow on certain areas of the face so they change shape. The easiest way to make a wider nose slimmer is to use a foundation darker than your skin tone and apply it on either side of your nose and blend,” reports Hollywood Life. “Use a lighter foundation down the center of your nose from eyebrow to tip and then blend.”

Until B decides to open up as to whether or not she has undergone rhinoplasty, dozens of before and after pictures accompanied by rumored reports are sure to surface from time to time. In the meanwhile, it won’t be hard to focus on her groundbreaking pop music.