Did Gisele Bundchen Go Under the Knife? 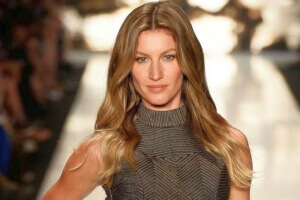 According to The New York Post’s Page Six, the Brazilian model and wife of NFL football star Tom Brady, not only had surgery, but offended a religion while doing so. The mother of two and her younger sister “hid under traditional Muslim wear — during the holy month of Ramadan — so they could get secret plastic surgery in Paris.”

What gave her away were her sandals, a forbidden footwear for Muslim women, according to Page Six. Covered head to toe in a black burqa, Bundchen boldly walked into the International Clinique du Parc Monceau, clearly trying to keep her visit on the down low. An unnamed source told the New York paper Bundchen was worried about her breasts sagging due to having two children “and the surgery was a 35th-birthday and post-retirement present to herself.”

Vanity Fair says the incident is a “mix of culture-clash, celebrity cluelessness and deception,” noting people seemed “angrier about the latter, that Gisele lied about getting plastic surgery, than about the appropriation of controversial religious garb.”

Also the Goodwill Ambassador of the United Nations Environment Programme, Bundchen, who had vowed to never undergo plastic surgery, announced her retirement from the runway in April, telling the Folha de Sao Paulo newspaper that she had “learned to listen to her body,” and apparently told her to hang her catwalk heels she was so renowned for strutting in.

“Automatically, my body tells me if what I do is worth it, and it asked to stop,” she said. “I respect my body; it’s a privilege to be able to stop.” However a hypocrite is what the supermodel is according to the Herald Sun, citing how Bundchen has spoken against surgery in the past and is now seen hiding behind a burqa before going under the knife.

“Bundchen is one of the many very pampered women less time-and-money blessed female mortals feel their more frazzled, less kale-rich existences are below par,” reports the paper, adding, “And now one near the top of the heap has spectacularly done the opposite of what she’s been telling us to do, this backlash is inevitable. And possible chastening.”

The bold statement against Bundchen is not far-fetched from the “all natural” comments the supermodel has made in the past about health and beauty. Being as beautiful as Bundchen and given the ability to speak about surgery-free life is one thing, but dissing it then disguising it is another.

“While you never revel in someone being taken down with unrestrained glee online, hopefully the fact that Bundchen is being burned for both her undercover surgery and the method she used to conceal it will mean there are somewhat fewer uppity nature-girls lectures to come,” says the Herald Sun.