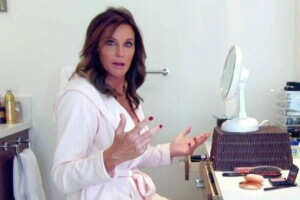 Following Bruce Jenner’s much-publicized interview with Diane Sawyer on ABC, speculation swirled as to what the former Olympic athlete would look like after his gender reassignment surgery. That question was answered recently, and the world was shocked by the unveiling of Caitlyn Jenner, Bruce’s new identity, on the cover of Vanity Fair.

Given the stark changes in Caitlyn’s appearance, it shouldn’t come as a surprise that she had to undergo a great deal of plastic surgery in order to attain her new look. In fact, one of her procedures took almost half a day to complete.

In order to achieve a more feminine look, Caitlyn had to undergo an intense facial plastic surgery. The main goal of this surgery was to reduce the prominence of Caitlyn’s brow and jaw. Typically, men tend to have a more severe and prominent upper brow and a more rigid jawline. In order to diminish the size of these areas, Caitlyn’s doctors performed a brow lift and removed a small portion of her jawbone.

This procedure helped to soften Caitlyn’s face, giving her a more feminine appearance, but it wasn’t a quick and easy procedure to perform. In total, the facial operation lasted roughly 10 hours, and according to some estimates cost more than $70,000.

Although there has been a small minority who fear that Caitlyn Jenner’s transition is playing out as an over-the-top media spectacle, overall the reaction to her journey has been positive. And many within the transgender community seem to feel that the publicity surrounding Caitlyn’s transition helps to normalize the experience and educate people about the struggles that transgendered people face every single day.

Even for someone with the wealth and public profile of Caitlyn Jenner, though, the experience hasn’t been easy. In addition to all of the past struggles that she discussed in her ABC interview, Caitlyn reportedly suffered from a panic attack after her gender reassignment surgery.

According to experts, this type of reaction is common. The pain and trauma of intense plastic surgery can wreak havoc on a person’s emotional state, and dramatic changes in personal appearance can be traumatizing for anybody.

Ultimately, all of this physical and emotional trauma is worth it, as transgendered people can finally achieve an outward appearance that reflects the way that they feel on the inside.

If you or someone you know would like to learn more about plastic surgery, please feel free to schedule a consultation or contact one of our representatives today.